Interview with the Editor of The Memory Eater Anthology

Today, I’m pleased to bring you an interview with Matthew Hance, editor as well as contributor to The Memory Eater anthology. 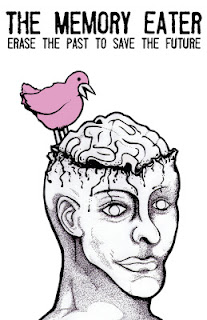 The Memory Eater is an upcoming anthology consisting of 27 uniquely illustrated, mind-bending stories based on a device with the ability to locate and destroy any memory in the human mind. Embark on a journey through the emotional, to the humorous, to the bleak and to the beautiful. Find out where the Memory Eater originated and how it's used in the future. How removing pieces from one's past often creates an unavoidable puzzle. But most importantly, follow those who decide to gamble with their minds...to create one hole in order to fill another.

I met Matthew after he accepted my story “Souvenirs From Another Life” for the anthology, and was impressed with his orchestration of the project from start to finish. So I thought this interview would be a good opportunity to learn more about how the anthology came about, how it came together, and how you’ll be able to get a hold of it.

I understand the idea behind The Memory Eater was a short story you wrote. Please tell us a bit about the story and your decision to turn it into an anthology.

I wrote my Memory Eater story for the Writers of the Future contest, and in it, the main character is a customer service representative for a memory removal company. It’s funny to look back on now and see why I wrote it—because I was working as a customer service representative, and I was also shopping around another story of mine which followed a character who lost his entire memory.

Anyway, while writing my contest entry, the main character kept taking calls from people wanting to remove all these different things, and that’s when I realized the endless amount of possibilities with this device. My first thought was to turn the idea into a collection of short stories, and it only seemed fitting to invite others to join.

Being a part of several writing groups and a handful of anthologies as a contributor, I decided it would be fun to be on the other end of things—to put out the call for submissions. Plus I really believed the idea would bring something new and fresh to the market, and that with my background and current job, I could pull it all together.

One of the things I found interesting about The Memory Eater is that you didn’t want bios included with any of the submissions (putting the emphasis on story, not previous credits). Could you talk a little bit about why you chose to handle things this way?

I mainly wanted authors to focus on their stories. I believe my only stipulation was to send stories in the body of an email. For me, it doesn’t matter if you’ve been published a million times over—I’m not interested in assembling authors with big followings or connections. I’m about quality, and if your story is good, what else matters? Formatting can be changed, and there’s an abundance of fresh, undiscovered talent out there to be had.

What role has social media played in the development of this project, considering your robust twitter presence (@TheMemoryEater) and blog (http://anthologies2011.blogspot.com/) capturing this project’s milestones?

Social media is imperative, and it’s the reason this project is alive. Right from the beginning, I used message boards and forums to advertise the call for submissions. My most important role has always been to spread the word. If I went back and added up all the views my postings received, I bet it would be well over 40,000. On a budget of about zero, that free advertising was priceless. It was a ton of hard work, but it didn’t set me back.

The same holds true with Twitter. When I found out what Twitter was (about a month into the project), I felt like I hit the jackpot. I followed people who mentioned writing in their profiles and hoped my picture of the pink bird eating a man’s brain and short description of The Memory Eater was enough to get them to visit my blog. I believed the idea was interesting enough that the more people I reached, the more submissions I would eventually get. All I had to do was get the ball rolling, or boulder in this case.

What were some of the things that surprised you the most about the story selection process? Any suggestions for writers out there based on your experience with The Memory Eater’s slush pile?

The selection process was really tough, because it boils down to making decisions. It’s always hard with so many options to settle on just one, but I picked my favorites and then allowed the tone of those few to guide my decision-making on the rest.

As a fellow writer, it was even tougher to send out rejection letters, especially for stories which almost made the cut.

One bit of advice I have for others is to not only be professional, but also be yourself. Even though I didn’t have bios in front of me, I could envision the authors through their emails and how they formatted their stories. So in a way, I was able to foreshadow what kind of narrative the stories were going to have before reading the actual stories. Even though I read every story, when you go higher up the chain and submit to bigger publishers, I have a feeling many are eliminated on the spot due to the volume they receive.

You’ve done a lot of the heavy lifting in terms of preparing The Memory Eater for publication. What were some of the things that surprised you about the editorial process?

How easy it was. Seriously. After I selected the stories, I printed them all off and read them on breaks while walking around the building. I bet people thought I was weird power-walking up and down the halls with a red pen bending a stack of papers in my hand. After two rounds of edits, I sent the changes over to the authors. After the fact, I felt like I went a bit overboard with the red markings, but everyone took it amazingly well. There were a few authors I worked with and met in the middle, but all in all, that was the editing process. It helped to have a system and to do it fast. I’m always about flow, so doing the edits all at once really helped the overall quality of the book.

What were some of the factors that led to your decision to create a Kickstarter fund for The Memory Eater anthology? What are the advantages of going this route?

One of the authors actually pointed me in the Kickstarter direction. He had been on several successful projects and really gave me all the information I needed to know about it.

I chose Kickstarter because of control. With the handful of publishers I was close to making a deal with (I actually had one contract in hand, ready to sign), I would have given up a lot of control, and the entire reason I started The Memory Eater was to output my vision of a quality book. At the end of the day, I simply couldn’t abandon that goal.

The main advantage of Kickstarter is those who will ultimately be purchasing the book are the judges. You cut out any middlemen guessing whether or not they can turn a profit on your blood, sweat and tears, and go directly to your audience. By going right for the audience, you don’t need to front the money needed for the project, because if it’s good enough, your audience will act as your middlemen.

What were some of the takeaways you’ve had from this process – from anthology idea to (nearly) finished product? And, are you going to do it again?

I will definitely do it again! I’m already thinking The Memory Eater 2. I also have a bunch of ideas floating around in this head of mine.

Even though this whole process has been more work than I ever imagined, I got to meet a ton of great people who share the same enthusiasm as I do. That alone is a success.

Takeaways… You truly get out what you put in. Anyone can self-publish a quality book—you just have to do your homework. Don’t settle. Realize that there are going to be times where you stop believing in yourself, but it will eventually pass, and you will come back stronger.

I’d like to thank you for having me by and asking me about my process. I’m really excited to share the finished book with everyone!

Thanks so much, Matthew!

To learn more about The Memory Eater anthology, please take a look at the blog or donate to preorder the anthology through the project’s Kickstarter page.

A story sampler, including excerpts from both Matthew's and my stories in the anthology, is also available here.

Also check out another interview with Matthew to learn more about him and his writing.

And fellow author DL Thurston has another great post about the anthology and the role Kickstarter plays in the new publishing landscape.


Posted by Bluestocking at 7:58 AM

Thank you for an interesting insight into the process. And I'm glad that Matthew is already thinking of 'The Memory Eater II.'

I remember this call for stories. It is such a great idea. Congratulations on placing another story! I'll look forward to reading it.

Wonderful interview. Thanks for sharing it with us!

On the Twitter front, I can absolutely say it worked. I found out about the anthology entirely because Matthew followed me on Twitter, and ended up writing an accepted story. It's a great tool for someone willing to take the time and use it. 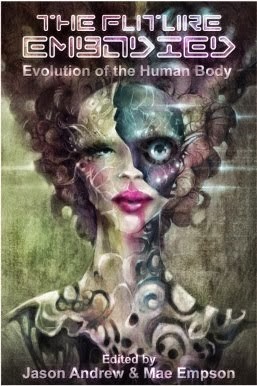